↓
Home→Dispatches→Beers for a Desert Island

We have been trying to explain (rather than complain) to our friends
what the differences are between beer culture in America and New
Zealand. An acquaintance warned us before we moved here. As we quaffed
some of Stone Brewing’s Ruination IPA, he explained that there
were no hops in New Zealand beers. Kiwis who haven’t been overseas recently
have no comprehension of the hop madness embraced by at least the
Western US. The beers are big out West. With the help of our favorite
bottle store (Bottleworks) we set out to fill our importation quota
with distinctive beers that would blow some minds. This wasn’t a
perfect mix, as no double IPAs were included – I swear that Avery
Brewing’s Maharajah Double IPA was on the counter, but didn’t make it
into the suitcase…. Still here is what we brought home:

This one makes sense as we know where these hops are grown –
getting a chance to taste New Zealand Hops highlighted in a classic
American Pale Ale style beer can’t be passed up. Ironically, this is
one the lowest ABV of the beers, at 6.7%. 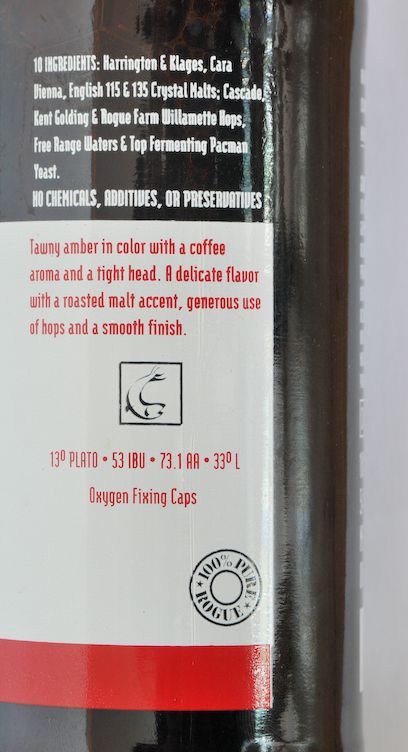 We wanted to have an example of the “Northwest Profile” – an
amber beer with pronounced malt and diacytl character. Plus it is a
cool bottle in the Rogue Tradition. 5.4% ABV.

We hadn’t had one of these in a long time – classic packaging holds a
mighty hoppy lager. 8.8% ABV. Saw a review online listing it as $42 AUS
Yikes!.

The Eleventh Anniversary Ale has been brought back to life by the
arrogant bastards at Stone Brewing. Described as a dark double IPA it
is sure to create havoc on palates that try it. 8.7% ABV, 90 IBU.
Looking forward to this one.

We collect silk screened bottles, so it was tempting to add another
Stone to the list. Plus we wanted a big stout. At 90 IBU and 10.5% ABV
it will be unique. Though a comparison to the Oak Aged Stout is in
order.

The 2009 release marks their 20th anniversary with a blend of Pike XXXXX
Extra Stout and a Pike imperial stout aged in Heaven Hill Bourbon
Barrels for 7 months. We were in the right place at the right time as
the beer sold out in 4 days last year. 9.5% ABV, 60 IBU.

Well, to be honest, there wasn’t any smoked porter to take back with
us, so we decided on this. We have a sweet spot for Alaskan Brewing
and know it will be a fine example of an American barleywine.
Plus we can brag about the aged beers at Bottleworks – yep we had three
years of this beer to choose from. 10.4% ABV.

Since we used to drink a lot of the Avery products, and spent a
lot of time in the Russian River Brewpub on our trip to the ‘States –
this one was a no brainer. We know both Salvation products well. (The
beer arose because both breweries have a Belgian style ale names
Salvation.) Perhaps we won’t share this one. 8.9% ABV 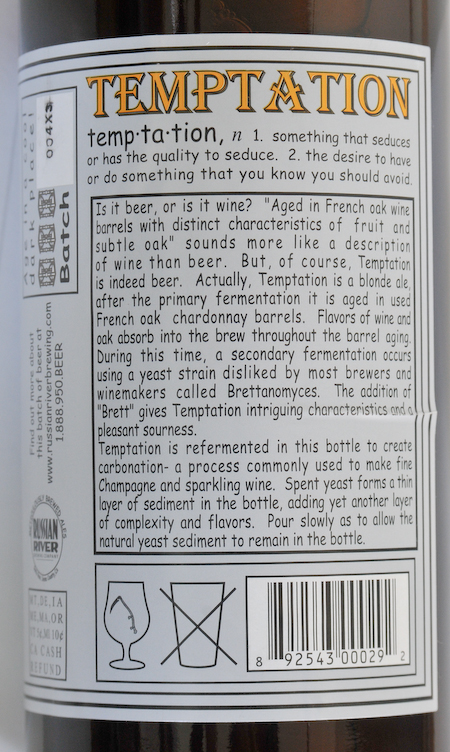 If you like oak aged sour beers (and we do) this is heaven. Had it at
the brewery, and knew we could screw up a few faces by serving it. We
can’t wait. Nine months on oak. 7.25% ABV.

This poor beer has been dragged across the globe, from Belgium. A
tribute to Orval. Live Brettanomyces in the bottle.
Got to give it a try. 8.0% ABV.