Geotagging, or geocoding involves the linking of
photos
to the place they were taken through latitude, longitude and altitude.
Photos can then be displayed on a map, and become searchable by precise
location. It is a great idea for travel shots, but not an easy task for
those of us without a GPS. This article shows how to manually geotag
your photos for use in a wide range of applications using Google Maps
or Google Earth to find the coordinates.

Geotagging and geocoding involve the linking of information to a
place. It is very useful for photographs, pinpointing where
they were taken through latitude, longitude and altitude, and even
bearing. It is a
relatively new concept, so there are competing methods and standards,
some less compatible with others. In general, fort this article I will
make the
following distinction – geotagging refers to the use of keywords
(“geo:lat=”) in the IPTC
keyword or description fields either in the image or in external files
or a
database, while
geocoding uses GPS fields in the EXIF
header of the
image. You can do one
or the other, or even both.

There are a lot of cool uses for geolocated images, mainly on
social
network photosharing like Yahoo’s Flickr, (
and loc.alize.us), and Google’s Picasaweb (and Panoramio)
and Locr.

These applications will continue to grow and improve as GPS
technology is being embedded into cameras and phones (with cameras). If
you don’t have gps, you can still join the party. Keep in mind that
manual coding is not as precise, and sometimes people complain that the
manual
uploaders are
inaccurate and off subject at times. Here are some things to keep in
mind: 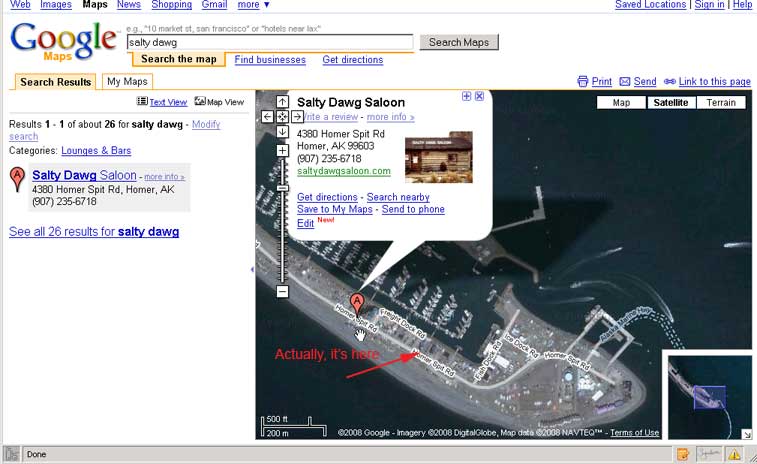 Where to put the metadata: IPTC vs EXIF

A note of explanation is probably needed here regarding IPTC
and
EXIF metadata. Metadata is additional information about media, either
attached or embedded. By standardizing the names and methods of working
with metadata, developers and consumers benefit since they don’t have
to worry about compatibility issues. Standardized file formats, like
JPEG have succeeded for exactly the same reason.

IPTC is an acronym for
International Press Telecommunications Council, which develops and
maintains standards for exchanging news. Photographs are one of their
concerns, and  since the 1970’s they have developed fields
for describing news pictures. Many of these fields were
eventually
embedded into many graphic file formats: JPEG, TIFF and even
RAW
files have headers with IPTC metadata. IPTC metadata is
centered
around describing the media, who and where and what, and works well
with tagging for web use.

EXIF stands for exchangeable image file
format, and though not capitalized by JEITA,
its originator, is capitalized by practically everyone else, including
me. EXIF is a standardized way of storing digital camera information in
JPEG and TIFF images. EXIF data includes the make and model of the
camera, the white balance and exposure information, practically anything
the camera manufacturer might want to include in the
image.While ITPC metadata is more user friendly, EXIF was not
designed to
be
modified after the file was created. (Warning:  both IPTC and
EXIF data can be
stripped from an image if you edit the photo using non-compliant
software.)

So IPTC
would seem to be the easier, if not better place to store location
information, since most photo software can read and write IPTC. The
problem is that while IPTC has location, city, county,
country
fields, there is nothing specific to geographic coordinates. One work
around has been to add the “geo:lat=” keyword or tag to the image. EXIF
however has GPS fields ready for the data. This is great if your camera
has built in GPS, but problematic if you want to add it in
later.

Finally: Photographic metadata is in a period of change, as all these
standards evolve. XMP is a technology from Adobe Systems that is
becoming accepted as the standard for embedding metadata. It offers a
way to combine the different standards, yet retain their individual
purposes. Both EXIF and IPTC  fields are included within the
XMP
framework. So while XMP will likely replace many of these
older
standards in time, the geocoding of GPS data into images will
be
through the EXIF tags, and location type metadata will be through IPTC
fields.

The bottom line is that geotagging into IPTC keyword fields
is a
work
around, given the difficulties of accessing EXIF metadata
fields. On the
other hand, getting GPS type data where it was intended to go, into the
EXIF fields, requires special tools. In an ideal world, software could
do both, as needed. For right now, I feel that geocoding into EXIF
fields, (preferably in the file itself) is my best option.

I have a series of photos taken along a three month road trip
to Alaska. During the trip, I noted in the comment field of key images
where they were taken, with the plan to annotate the rest when I got
home. A year passed before I started the task. Instead of just adding a
keyword or comment, I wondered about using the location fields in the
IPTC data of the file. That seemed the most appropriate place. It
then occurred to me that using Google’s map products, I could generate
the EXIF geo data too. The problem is that my software
(Lightroom,
Irfan
View, Photoshop CS2, Nikon ViewNX, even BreezeSystems
DownloaderPro)
didn’t allow direct access to the EXIF GPS fields for geo data entry.

Most people seem to be linking their GPS log to their images, but I’m
not so technologically
advanced. No GPS means I need Google to generate the coordinates. I
want to use
some of the images to highlight the trip on a map, either on this site,
or on
Flickr. I like clicking on a map and seeing the images spring up. I am
not planning on doing this a lot, but it will be in the same
circumstances, after a trip, when I have another batch. That means
I want free software. I also want to maximize the usability of the
info, so no
compatibility issues.

You need to realize that manual geocoding is an estimate. Don’t get
too hung up on placing the photo exactly, but make it accurate and
useful. GoogleMaps generates coordinates
out 6 decimal places. One second (00°00’01”) = 0.00028 decimal
degrees, so
0.000001
decimal degree is 1/28 of a second. One
latitudinal second is 30.8 meters, so Google gives position within 1.1
meter in latitude, and 1.1 to 0.5 meters longitude, since it
varies by latitude. There is no way I can click that accurately, yet
Google generated coordinates imply that I can. I am looking for a way
to tell people that my
images are approximately located, so they don’t get all irritated. If
you have a solution to this one drop us a line. (One suggestion is to
use
manual_geocode as a keyword/tag for the file)