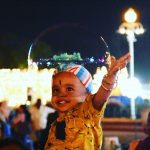 Kerry kindly taught us the ways of Uber and Ola in India so we booked our first Ola Outstation south from Bangalore to Mysore – a faster and cheaper option than the train. Our young driver spoke good English, which we almost came to regret, as he grilled us about immigration and business in NZ, judged our lack of children, and aggressively promoted certain local snacks and souvenirs with intense parochial pride. But as a musician, film maker and police academy student who had grow up along our route, he did provide some interesting commentary over the 3 + hours. And we mostly kept him off of politics, as we quickly identified his pro-Modi nationalism from comments about building a bridge to Sri Lanka and Muslim invaders. 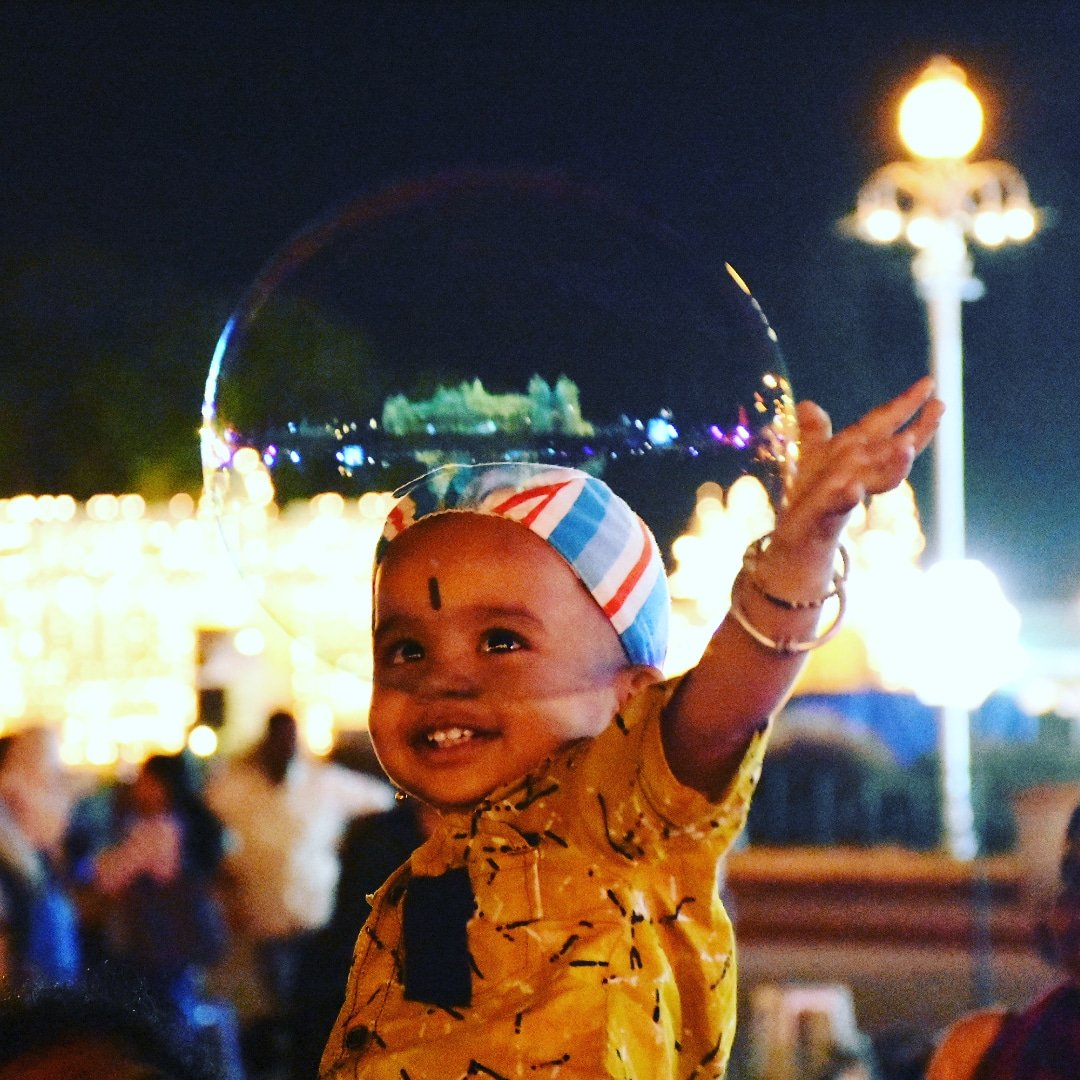 One night in Mysore was our shortest stop yet, and a good decision. We arrived early enough to tour the Palace in the afternoon, have a dinner break and return to the grounds for the Sound+Light show after dusk. We were not surprised or disappointed that this show did not involve lasers, as described by one “employee” who initially said there was no show tonight… We did not buy the tickets from the official window, and didn’t get discouraged by the guidebooks saying lights were only on Sundays. We just hung about until a million fairy lights came on and after some interminable awards presentation (possibly related to Cleanest City status), a string of singers popped on stage for a song or two, often terrible crooning or pop, but sometimes lovely Indian classical. We were further entertained by families buying snacks, light swords, more devil’s horns, bubble wands, etc,etc,etc. 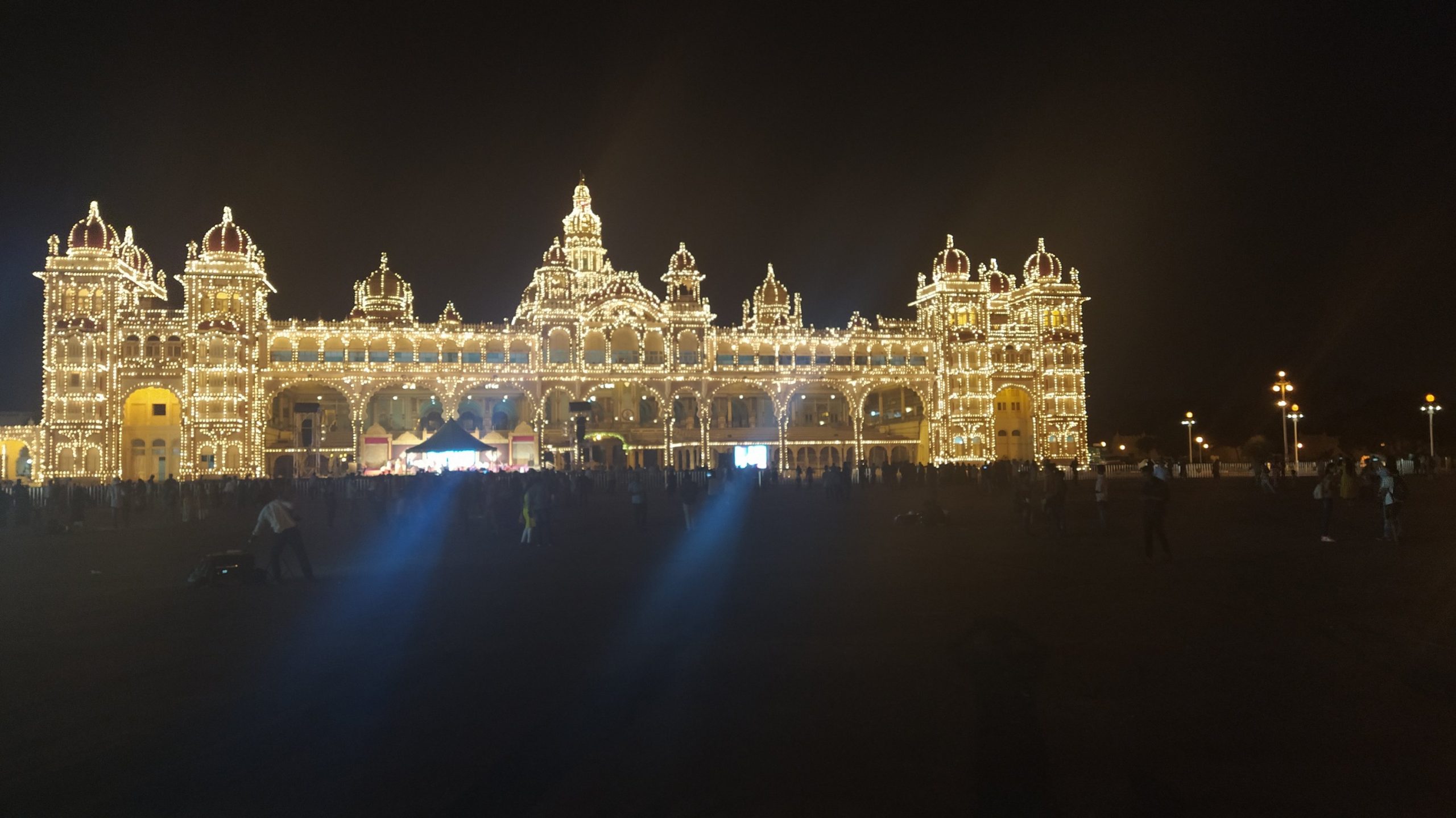 Before the night train north to Hampi next day, we enjoyed an extended breakast/lunch booking our onward travels in the leafy green cafe recommended by Kerry. We left just enough time to check out the Art Museum that we really could have skipped. Indians do love their maharaja portraits…

Much more interesting was our first sleeper train trip. Arriving far too early at the station, we killed time in the Gentlemens Pre-booked Lounge (Fritz could hardly wait in the ladies Lounge!) hoping for the digital sign boards to announce our platform. Our train was more or less on time, and we boarded our 2 tier AC sleeper car to find ourselves slightly separated but the bunk below Fritz empty. Soon Canadian Lisa joined us, on the bunk across, harumphing about them always putting us Westerners together. Having visited India a half dozen times in the past decade, she had it all figured out. Coming from a 3 week ayurvedic retreat, she was off to visit friends in her favourite place – Hampi.
Once she realised this was our first Indian night train, she softened a bit and started sharing Pro-tips with us, like using Ixigo to track the train’s progress and know when to get off. She was not as surprised as us when the conductor simply asked our seat numbers and first names, took our word for it and moved on, no ticket check, no ID check. Apparently he just needed Westerners in the right place. It seems the entire bureaucratic hazing process that makes getting a ticket so difficult works well enough that conductors needn’t worry.

We chatted till Bangalore, ignoring the regular interruptions of chai wallas and water wallas and snack wallas, when an Indian man boarded and claimed our seat as his bed and we disbursed to our own bunks. The linen walla had been through, so we laid out our two sheets, blanket and pillow, popped in our ear plugs, crawled in and drew our curtains.

Even with passing back through Bangalore, this entire 12 hour journey only covered something like 300 km. Hampi Express– Ha! We woke in the very early hours to find we were stopped due to fog- and while this put us over an hour behind, we somehow managed to arrive in Hospet nearly on schedule at 730 am. With guidance from Lisa we negotiated a fair autorickshaw price and set off enjoying the cold morning air for a 30 minute ride.