It wasn’t even Xmas eve and yet the local Christian churches were out in force – a small transporter with massive speakers blasting every Christmas related pop song ever in a rotation, full of people including one mask wearing santa, and stopping at local businesses with a ho ho ho and handing out sweets.

We had just finished our tour of the Munnar Hills – the location requires transport so we had hired a jeep and driver for the day. It was high season – mostly Indian tourists of varying western aspirations, piled into cars and minivans and busses and heading the 30 km or so up to Top Station, a hill with a view on the Tamil Nadu\Kerala border. 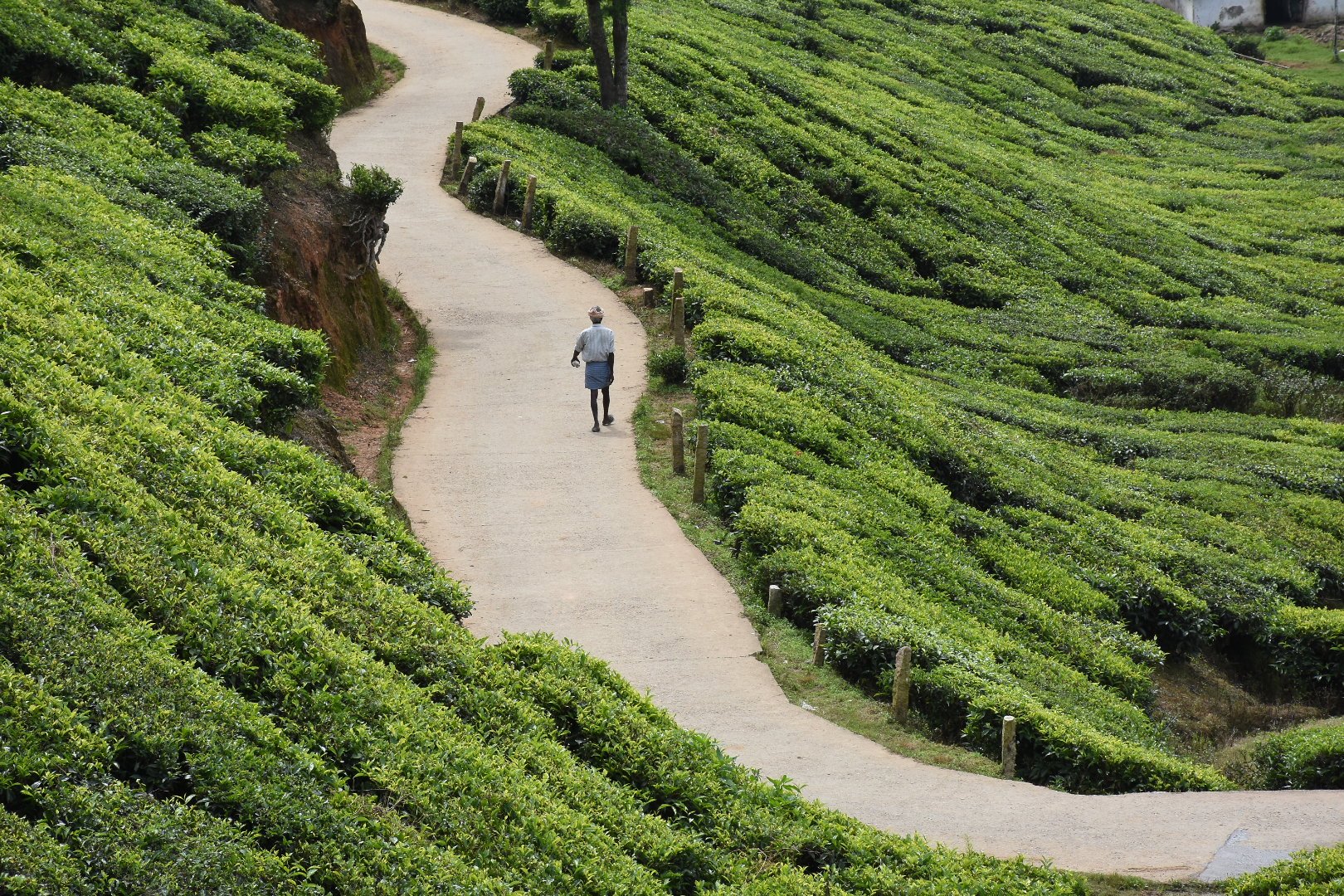 On the way there were all the tourist shops, two dams to visit, a closed tea museum, botanical garden with “probably the largest cactus collection in South India”, a couple of elephants to pet, a honey tree, echo point… 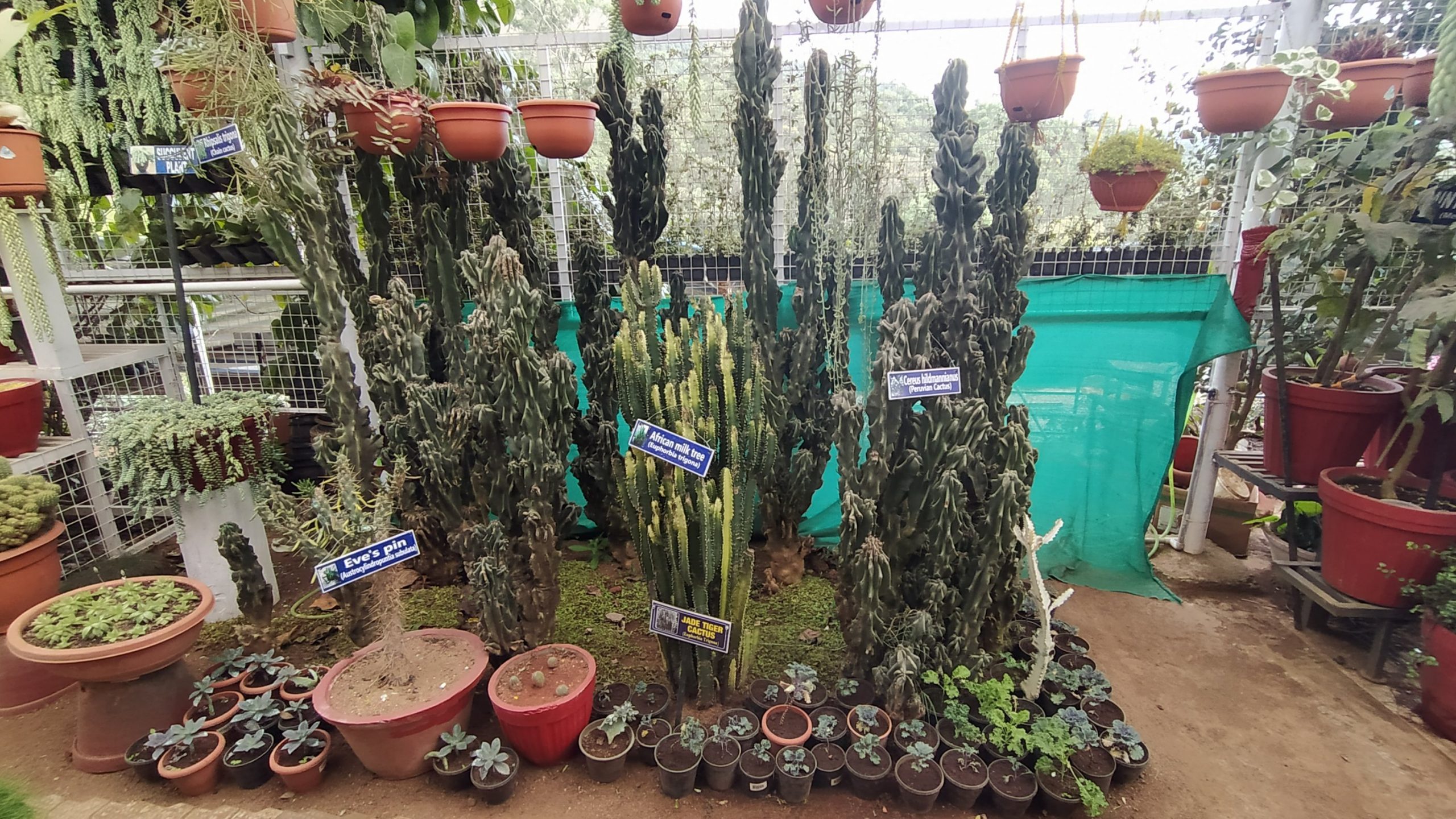 Sivan our driver was an 18 year veteran of the route and a nice guy to boot. He noticed we were less interested in some of the spots like the captive elephants, but very happy to take a short hike into the tea plantation in search of a selfie with wild elephants.

The plantations give the area a groomed look, with endless hectares of low hedges of tea plants. Cutting tea on a hillside looks idyllic, but we were informed, is a low paying job with repetitive stress injuries and in the wet season, leaches. 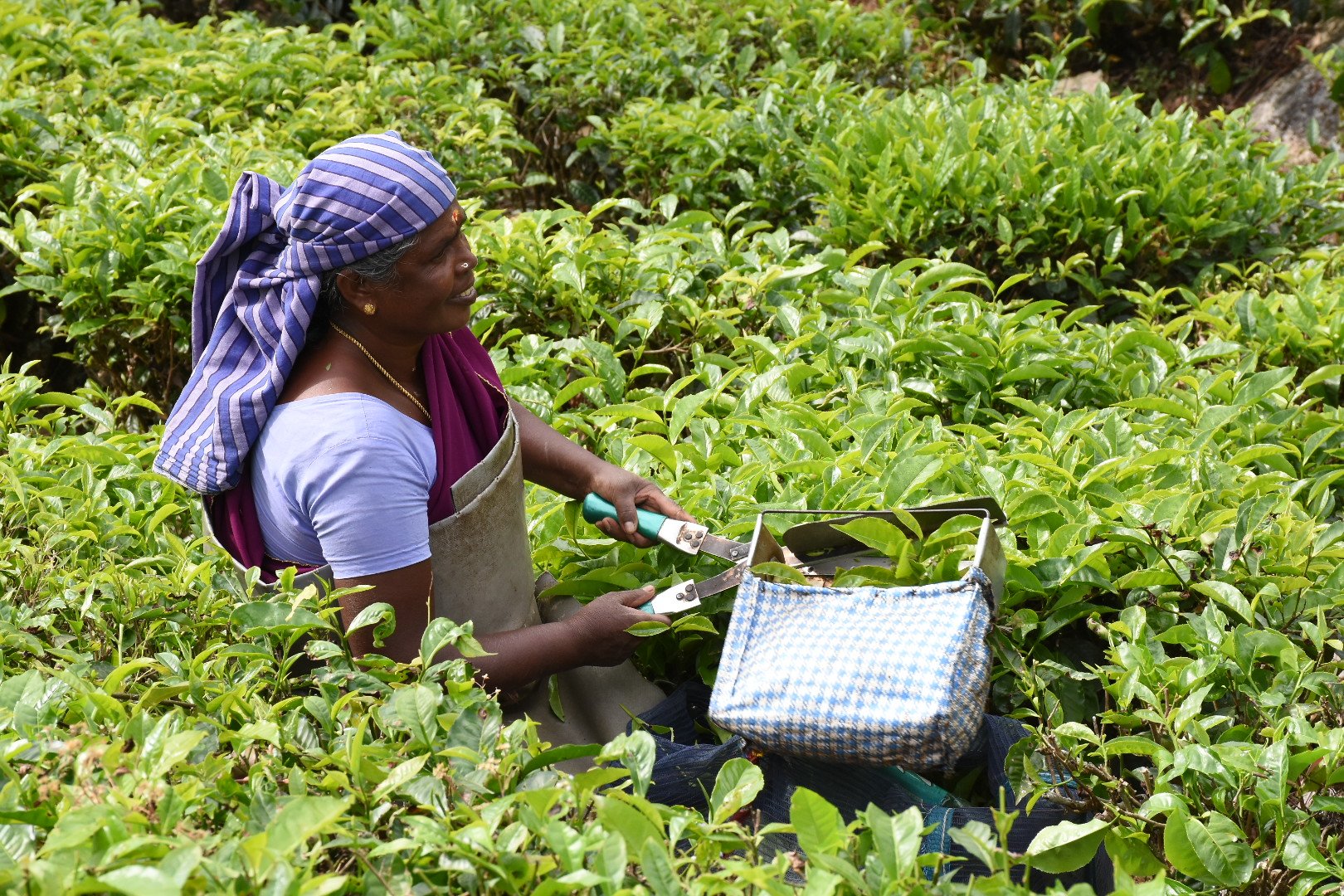 The elephants weed the grasses in between the tea. And are fairly plentiful in the area. We saw 3 of a family group of 7 on the hike, getting fairly close – considering these were wild and had tusks – before the security guy chased us back to the road. 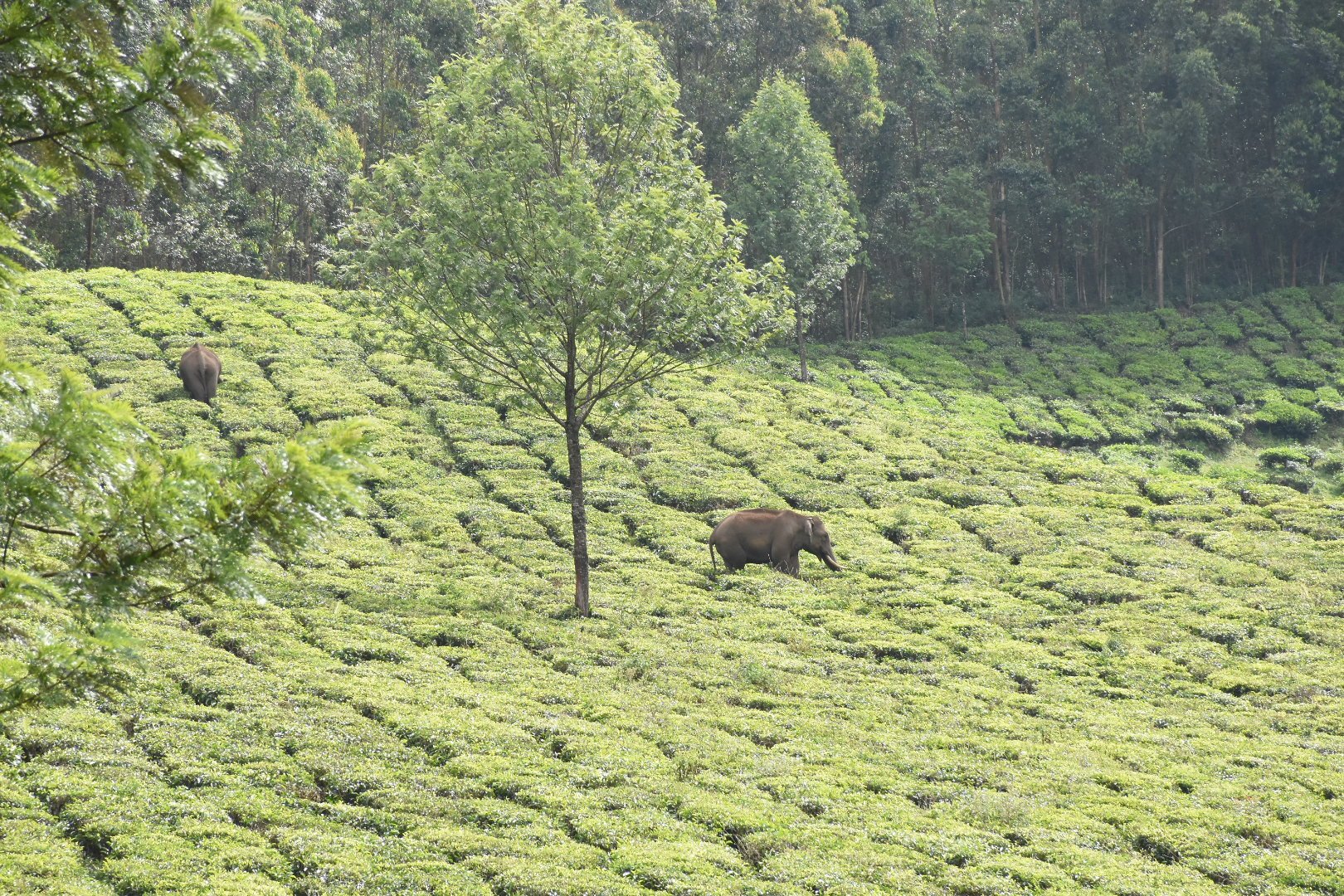 We also spotted endangered black langur monkeys, though missed out on the rarer local tahr. As we were having fun chasing animals and crossing bridges, the mists started coming over the hills. We arrived at Top Station to fast building eerie mists but no veiws.

Back down we went out of the clouds, and into the traffic. Many people were also headed back, and some busses were still going up too – actually no one was going anywhere for several kilometres as all maneuvering space was taken by ever smaller vehicles.

Our driver had a plan. 50 metres up the road was a small turn off, and we had jeep. After conferring with some locals and much honking we inched our way alongside traffic and made an escape. We went off bouncing along a narrow dirt road through further plantations, only interrupted by the occasional log lorry or farm machinery.

Turned out that Sivan knew this road well as we passed through his home village. He gently promoted some off road options for the late afternoon, but we’d had enough bouncing for the day / a week and opted not.
And that left us with enough energy to really enjoy the chaotic enthusiasm that is an Indian Christmas. 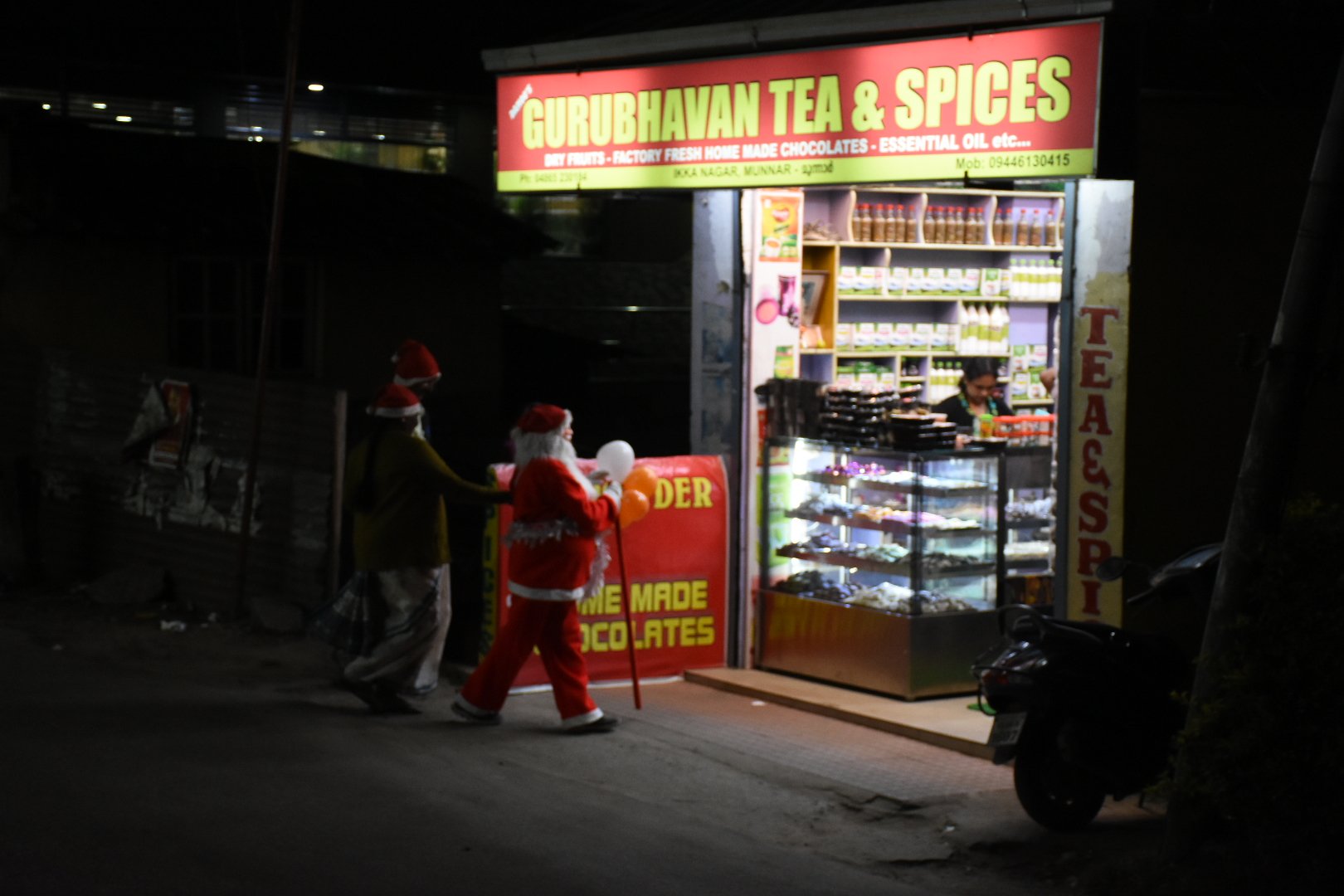