As cities go, arriving into Kochi felt like a quantum shift after Chennai. There were name brands, malls, and even some semblance of western modernity with workers in business casual taking lunch breaks. Later as we left, the airport cemented the contrast – Chennai had felt like a half finished project, while Kochi was well signed, organized, and brightly lit.

We arrived late afternoon on Christmas eve and Fort Kochin was putting up lights for the Xmas celebrations. The local trees were festooned with masses of LED lights and paper Bethlehem stars. 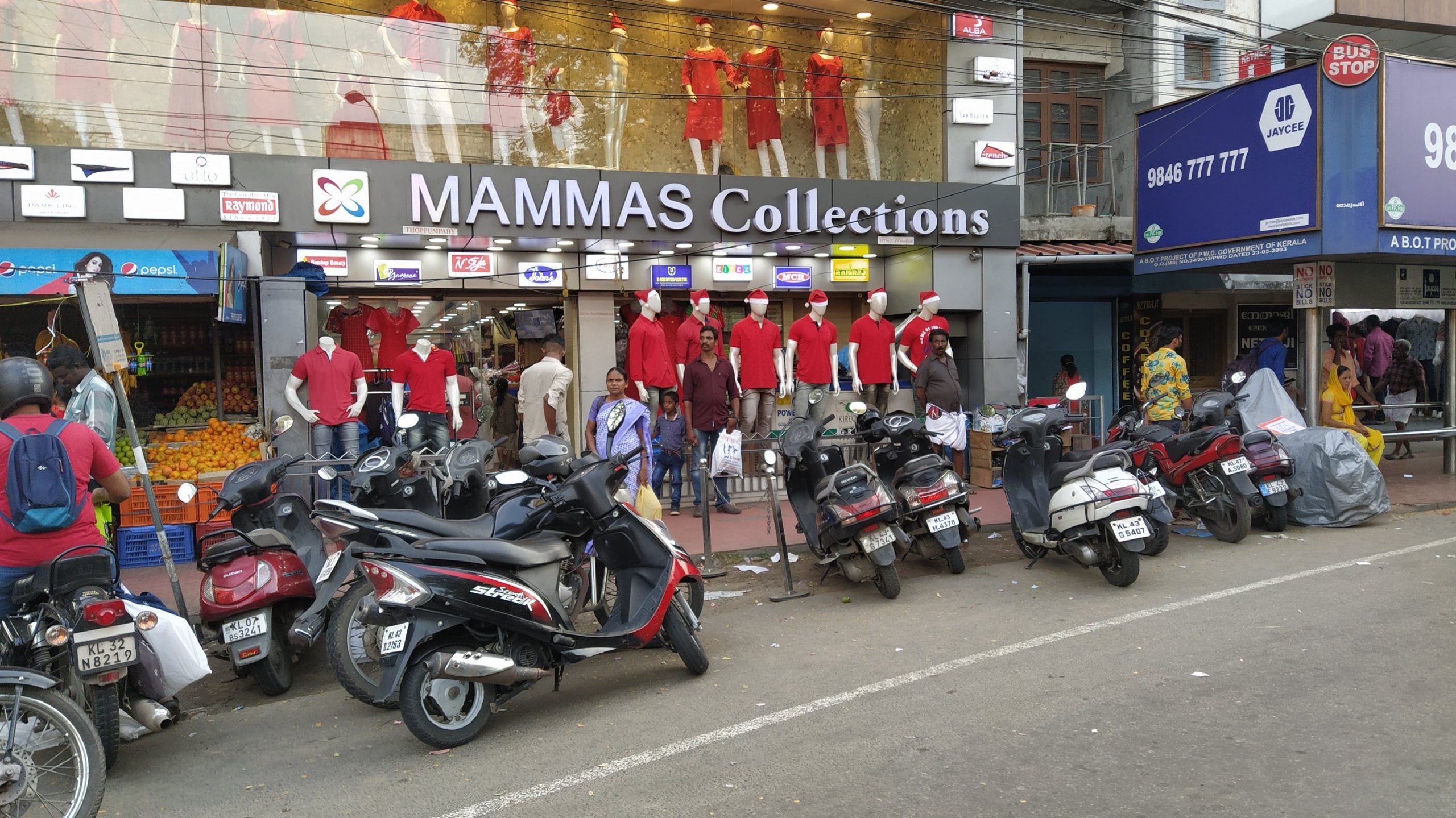 We ventured from Kevin’s Placid Homestay first for some Tibetan food – many Tibetans run restaurants in Kerala and Karnataka, a long way from the Himalaya. Then onward with the foot traffic towards the lights at the old square by the water. Hundreds of people were enjoying a hot evening, kids wearing devil horns creating a confusing commentary on the Christmas season. 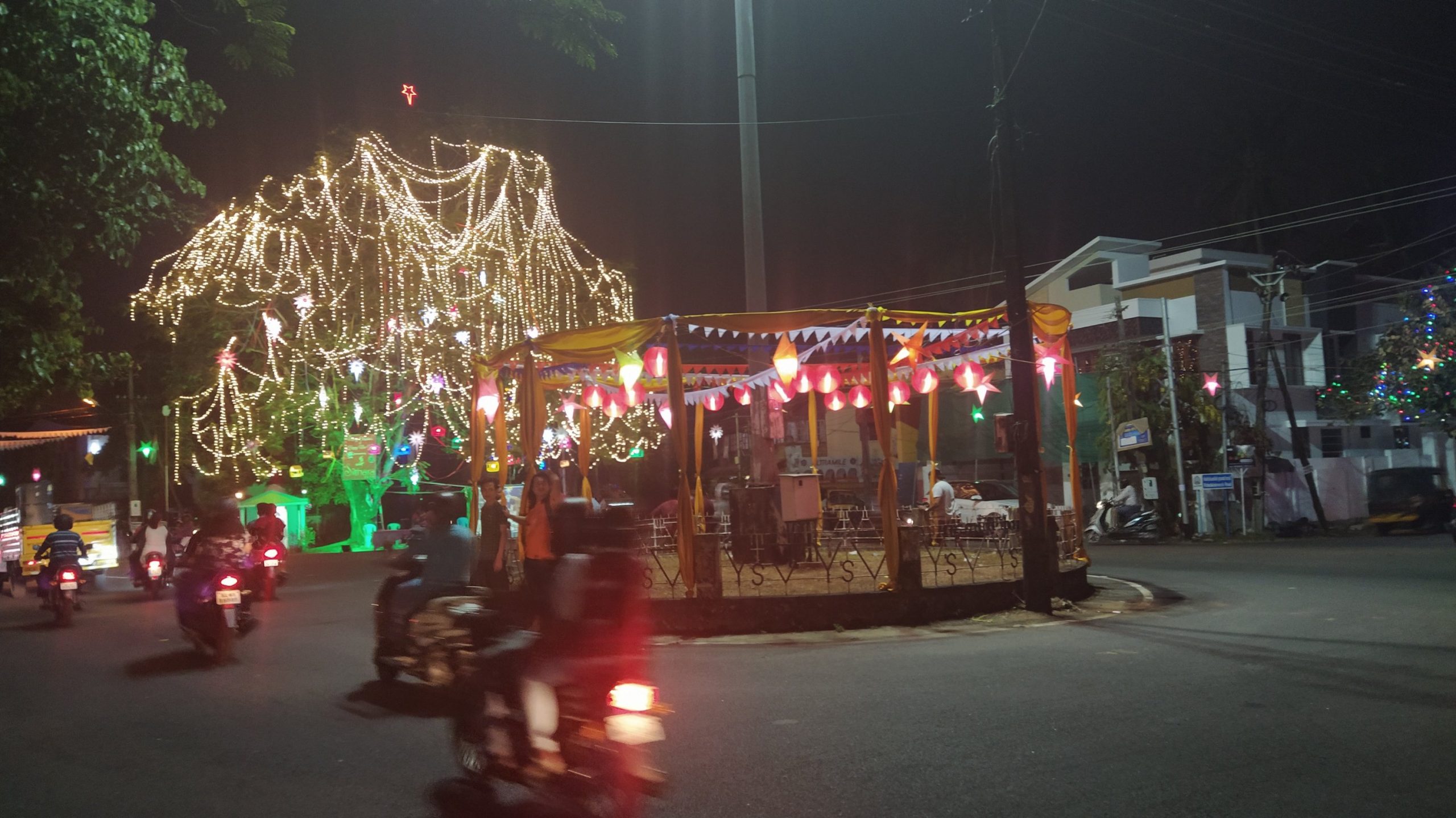 By daylight on Christmas we discovered more westerners than we had seen altogether so far in India. Lots of Indians too, in for the Christmas to New Year’s Carnival. There was a lot of interesting graffiti, many done by an artist written up in our flight magazine on the way out. People walked a little faster, rather than the shuffle of Tamil Nadu. The architecture represented the colonial history, perhaps rivaling Pondi, with the added bonus of port traffic across the bay and fishing boats. Fish is the thing to eat, with displays on ice, kingfish, tuna, sardines, prawns. All preferably to be smothered in chillies and steamed in a banana leaf. 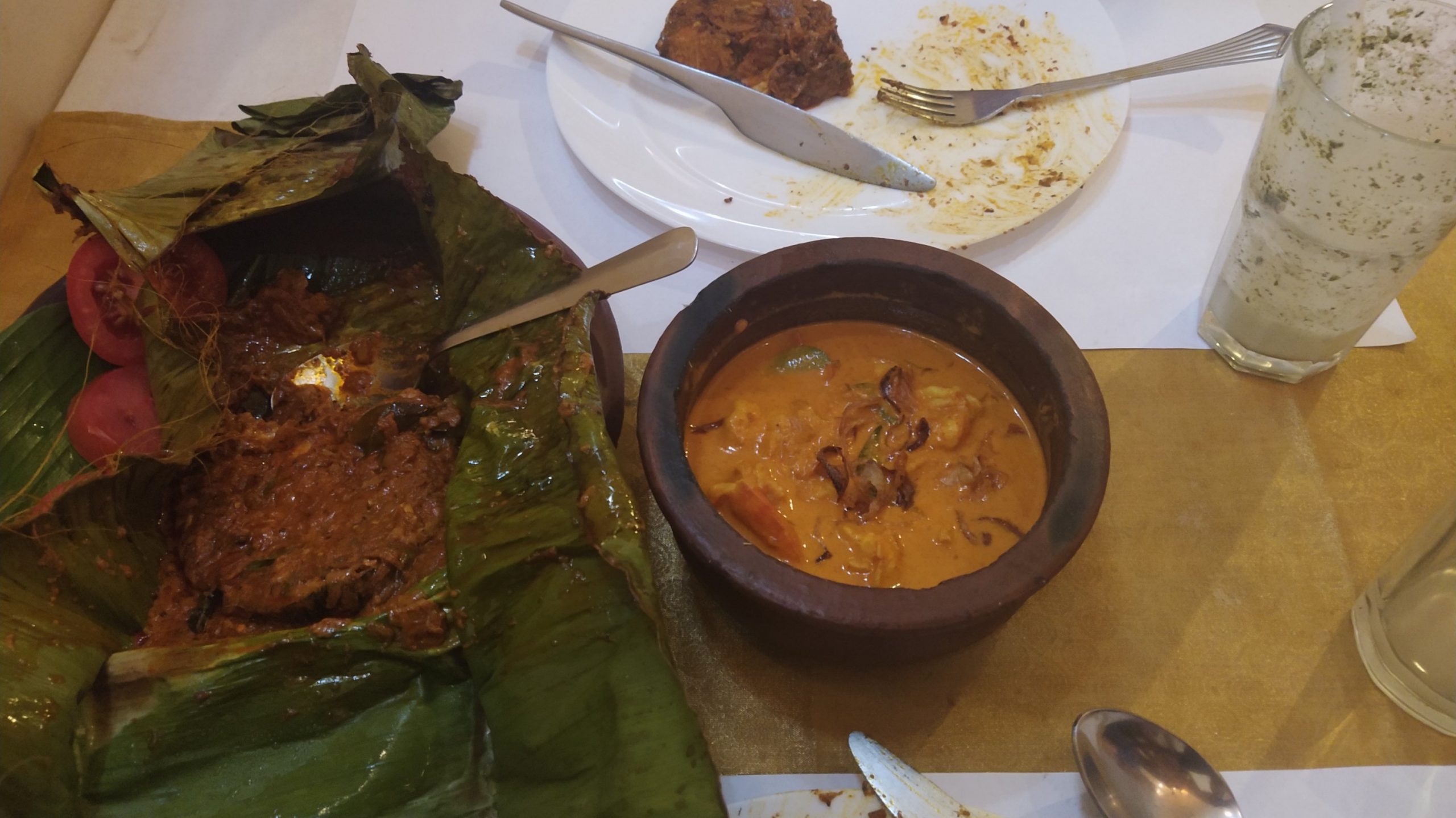 By midday it was hot – 33, feels like 38…and we stopped into a restaurant for a beer. And another. Then had an ice cream on our way back to nap…

Day two started with viewing an eclipse on our balcony – the newspaper tried hard to give people confidence in going about their business, but many people believe that it is bad luck and so stay inside until it is over. Then a wander over to Jew Town, for late breakfast then more history including the oldest synagogue in India, 16th century, and the Mattancherry Palace next door with equally old gorgeous mural paintings of the Ramayana. And a few (dozens) more fine portraits of ALL the palace maharajas than we needed to see in the sweltering non AC. 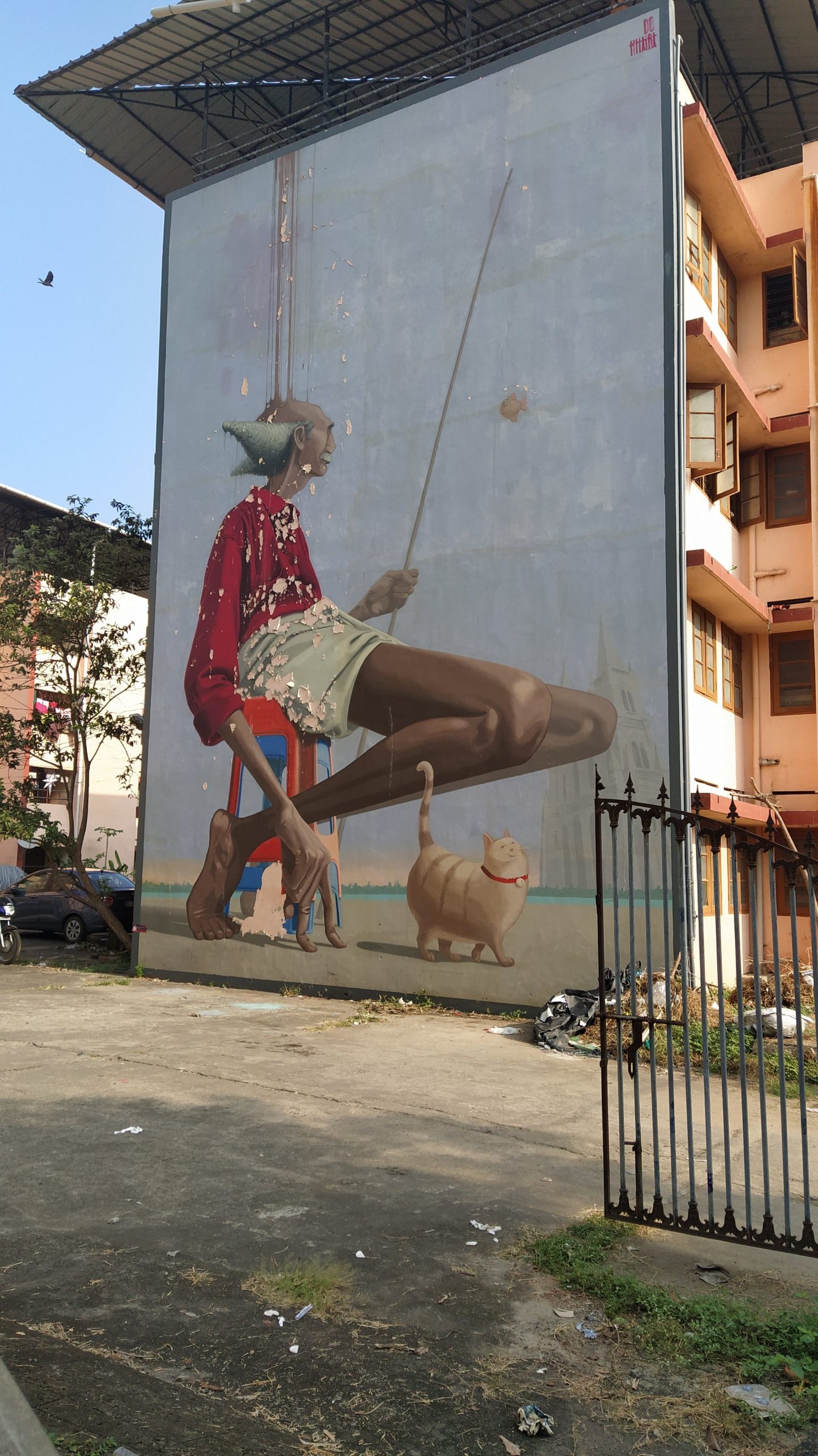 We had settled into a routine: early wandering followed by afternoon hiding in our ac room, sometimes after a beer, and then out again in the evening for a wander and dinner.

By the end of day two we had decided against a backwaters tour, realising it was something best done with a reputable company and people to go with (on a cooler day). So day three we took the 4 rupee ferry to Ernakulam instead getting a pleasing 20 minutes of water time, seeing naval ships, tall ships and resort islands before a harried scurry through the crazy chaos of a modern Indian city. Hot and flustered, we escaped into an air conditioned mall for a surprisingly soothing if expensive ($1.50!) Baskin Robbins ice-cream.

Back in Fort Kochin, we tried for a more upscale beer stop, but after failing to find anything comfortable and affordable, ended up in our first “wine and beer lounge.” With tall open windows and relatively few smokers we could see this wasn’t the worst of the category but it was certainly designed for efficient consumption of alcohol. By men.

For dinner we had been trying to get to Mary’s Kitchen but the sign for this family style fish house was harder to spot than the eclipse. It was always there when we weren’t ready to eat but gone when we headed there. With lots of Christmas masses at the cathedral across the way, all we can figure is that Mary was periodically heading off to church. So instead our last night took us back to Fusion for anther slowly but exceptionally prepared meal. Kerala is a destination for fish and coconut curries for good reason.